Queen Bey is celebrating her birthday this week! She’s been in the music scene for 20 years! Do you know what movie soundtrack Destiny’s Child got their big break on with “Killing Time”? 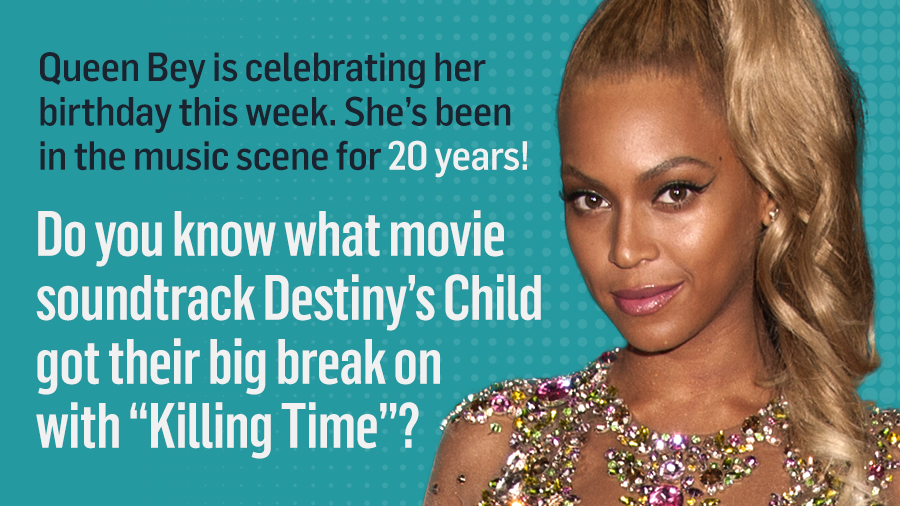 Men in Black! Back in the day, when Beyonce was in Destiny's Child, they debuted to the world on the Men in Black soundtrack. It was their first release, and they never looked back.

15 years ago Kelly Clarkson won American Idol and has been releasing hits ever since. Do you know what song Kelly auditioned with? 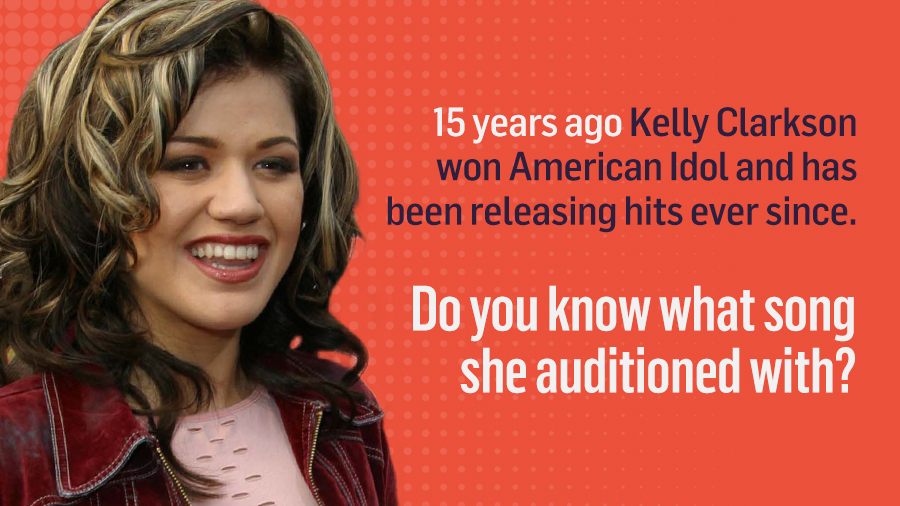 Etta James - At last! Kelly Clarkson had some big shoes to fill with her song choice, and it turned out she had the pipes to do it.

20 years ago this week, Princess Diana’s funeral was held at Westminster Abbey. The funeral was televised, and was watched by ________ people globally. 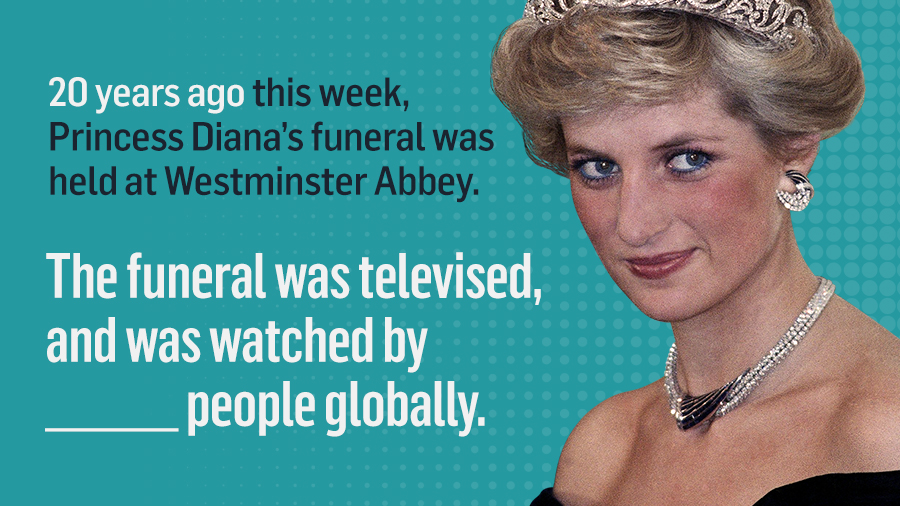 Do you know which Broadway musical turned Johnny Depp movie closed this week in 1989? 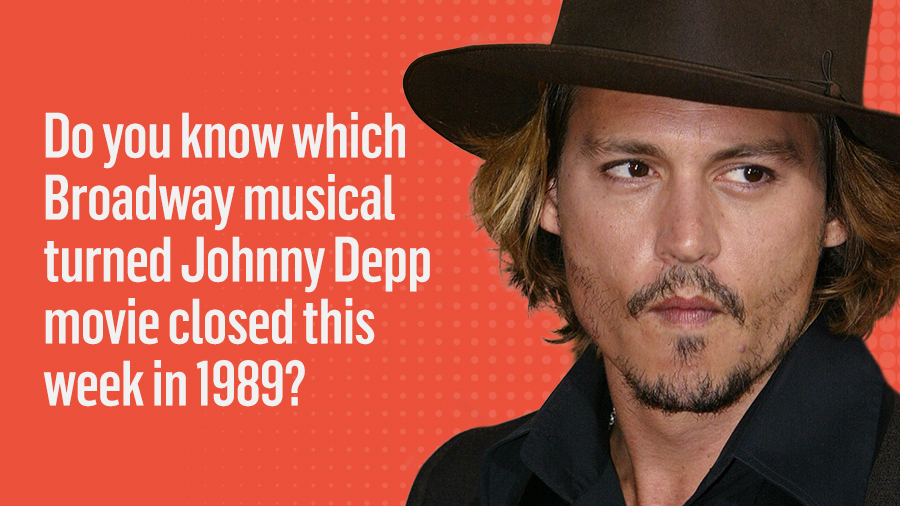 Into the Woods! The production premiered in San Diego, California in 1986, and was such a success they took it to Broadway in 1988. After 765 performances, they closed in 1989. In 2014, Into the Woods hit the big screen featuring Johnny Depp as The Wolf.

Larry King and Shawn Southwick are celebrating their 20th anniversary this week. Shawn is Larry’s ____ wife. 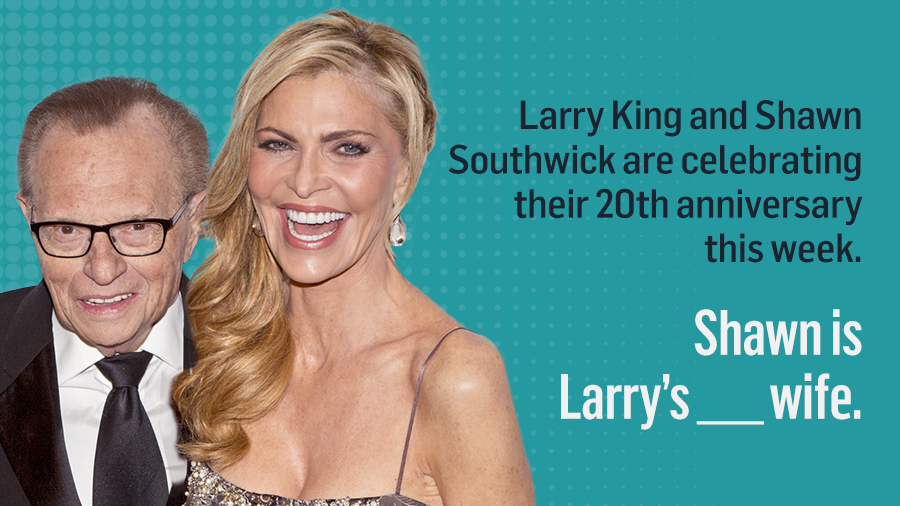 7th! Shawn is Larry's 7th wife, although it was his 8th marriage. Early on in his marrying days, he married Alene Akins twice.

Felicity Huffman & William H. Macy are also celebrating their 20th anniversary this week. Do you know how many years Macy proposed to Huffman before she finally took the plunge? 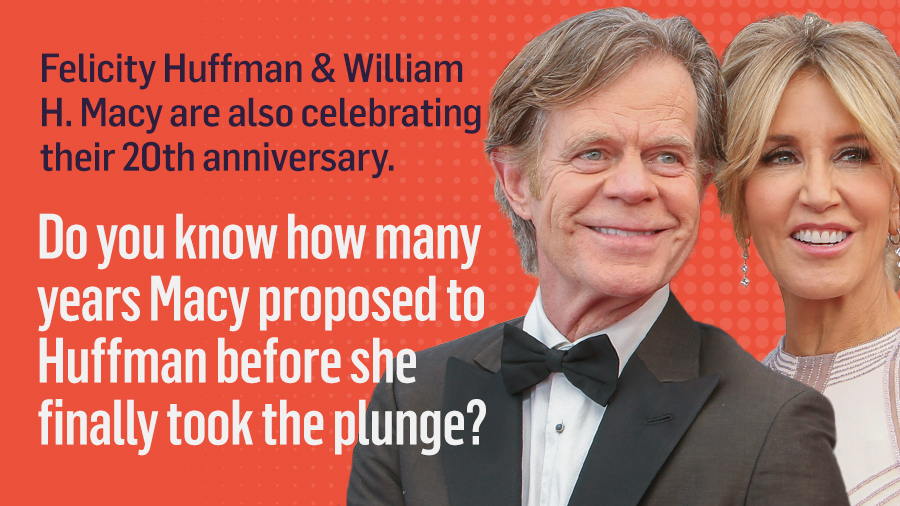 15 years! Reservations on Huffman's part kept her from saying yes, but after 15 years, she finally did. 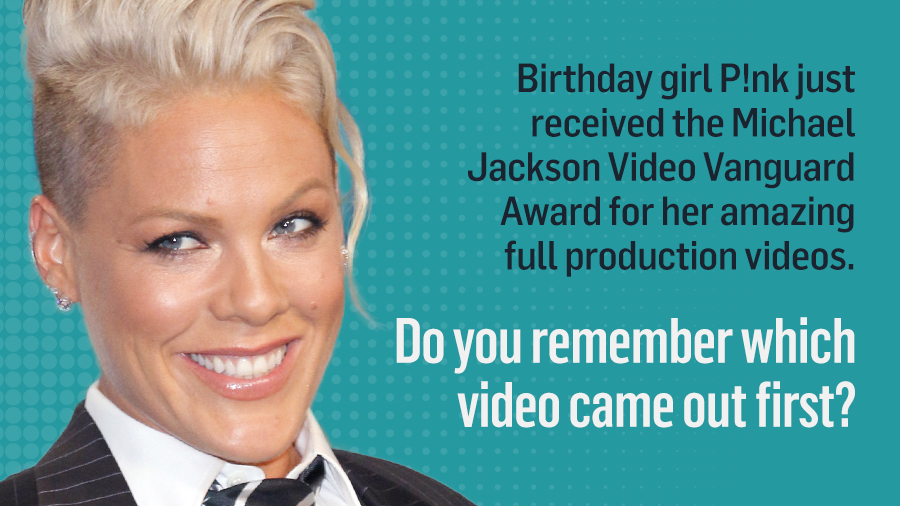 There You Go! This was P!nk's first video and it came off her debut album, Can't Take Me Home. The crowning moment of the video is when she launches a motorcycle off a roof through her useless ex-boyfriend's window, cuz that's how P!nk do.

The infamous Charlie Sheen is celebrating his birthday this week. Known for being a “ladies man” and a “party animal,” he once admitted to paying ______ to Hollywood Madame Heidi Fleiss. 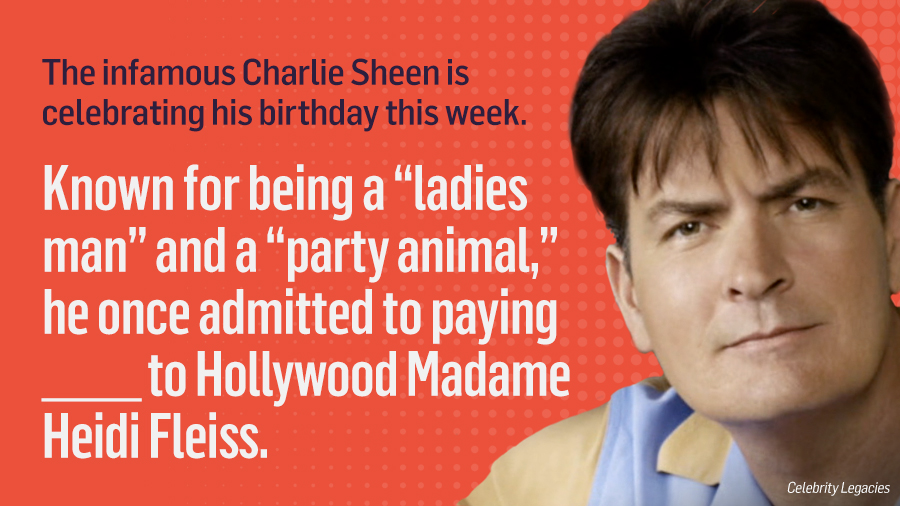 $53,000! Charlie Sheen famously testified against Fleiss in her pandering case, admitting that he used her services at least 27 times.

Birthday boy Idris Elba is known for his Movies and TV shows here and across the pond, but did you know he also performs and produces music? Do you know what his DJ name is? 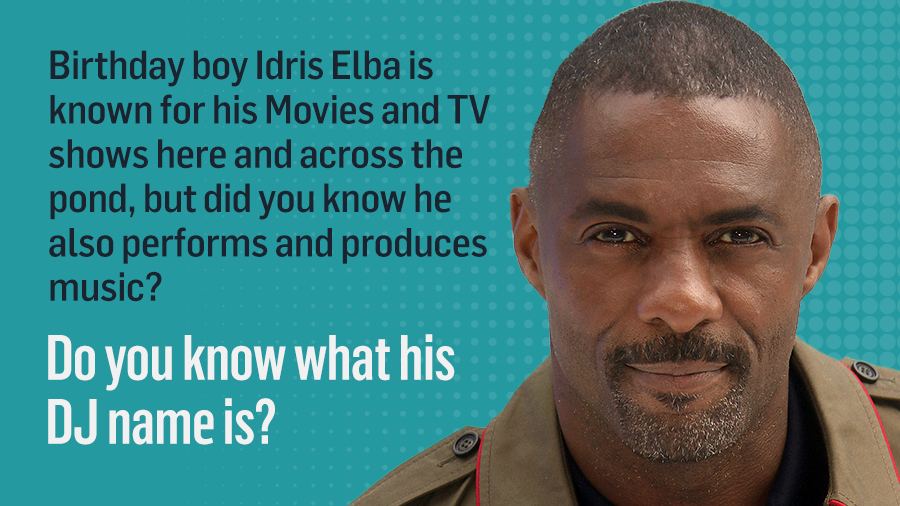 DJ Big Driis! Is there anything this man can't do?

Dannielynn Birkhead is turning 11 this week! Before her very public case of whether she was a Birkhead or Stern, she had other name changes. Do you know what her first name was when she was first born? 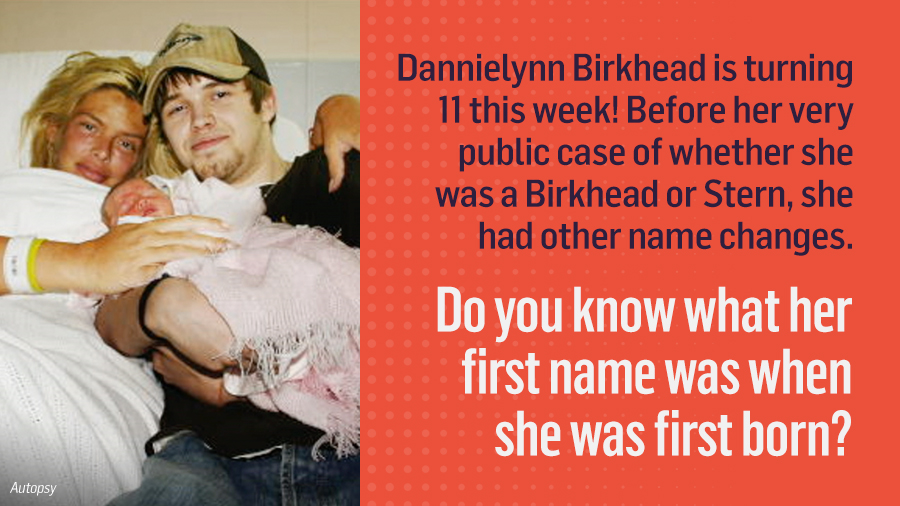 Hanna Rose! 3 days after she was born, her older brother Daniel tragically died, so Anna Nicole changed her babies name to be a tribute to her lost son. 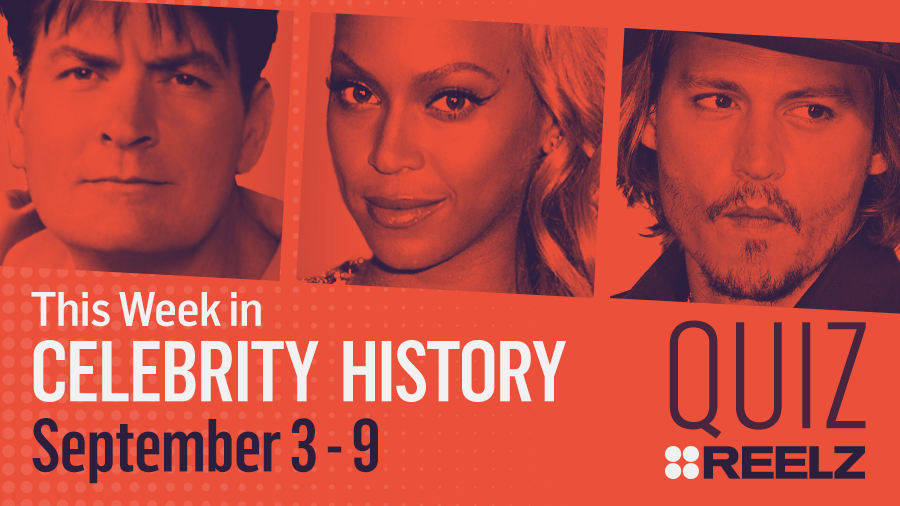 Quiz: This Week in Celebrity History: Sept 3 – 9
You don't know it all, but you sure know a lot!

Quiz: This Week in Celebrity History: Sept 3 – 9
It's a tough quiz! Try it again!