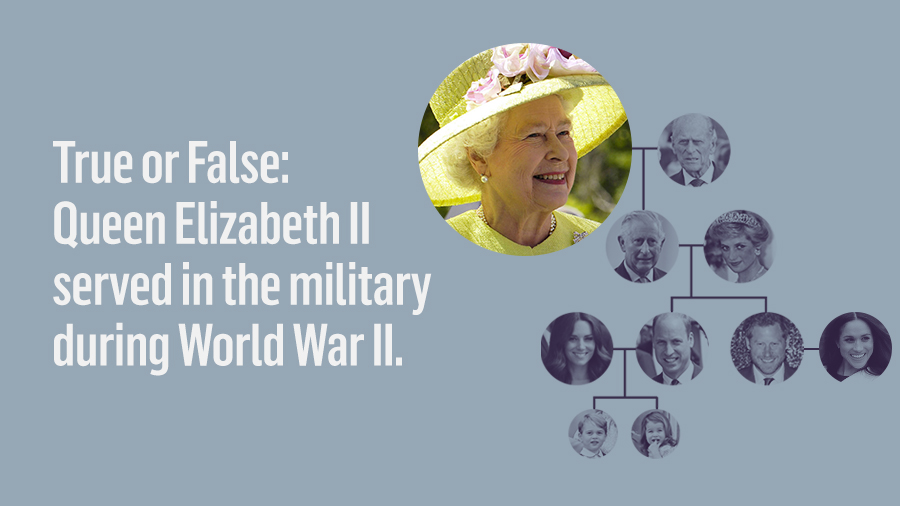 Then Princess Elizabeth joined the Auxiliary Territorial Service in 1945. She was both a driver and a mechanic.

Before marrying Elizabeth and becoming the Duke of Edinburgh, Prince Philip was prince of which two countries? 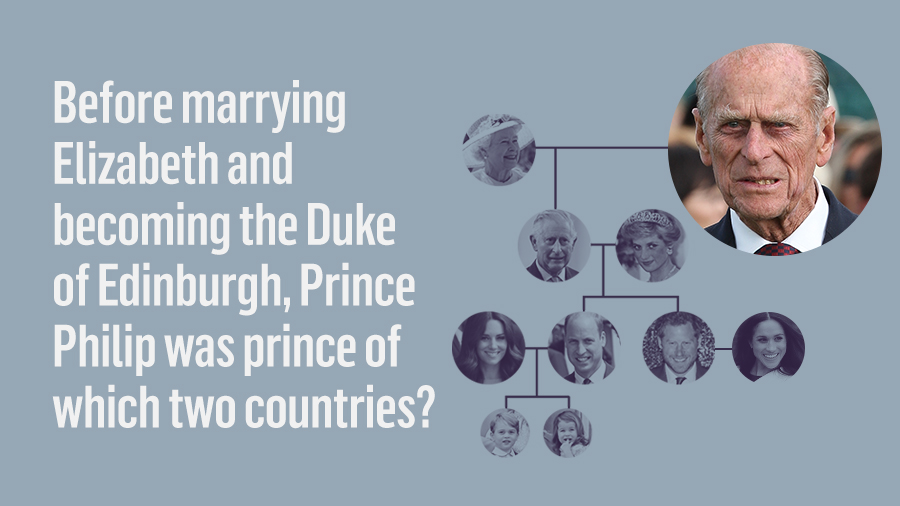 Prince Philip was born in Greece, but his family was exiled from the country when he was a baby. He abandoned his birth titles and became a naturalized British citizen when he got engaged to Elizabeth.

In which royal residence was Prince Charles born? 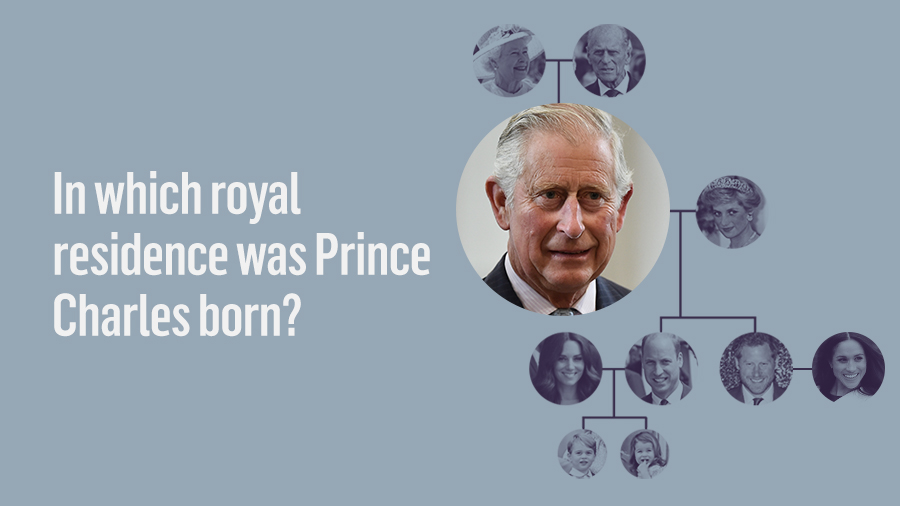 Prince Charles was born in Buckingham Palace on November 14, 1948. He was baptized in the palace's Music Room one month later.

Which disco dancing super-star famously danced with Princess Diana at the White House in 1986? 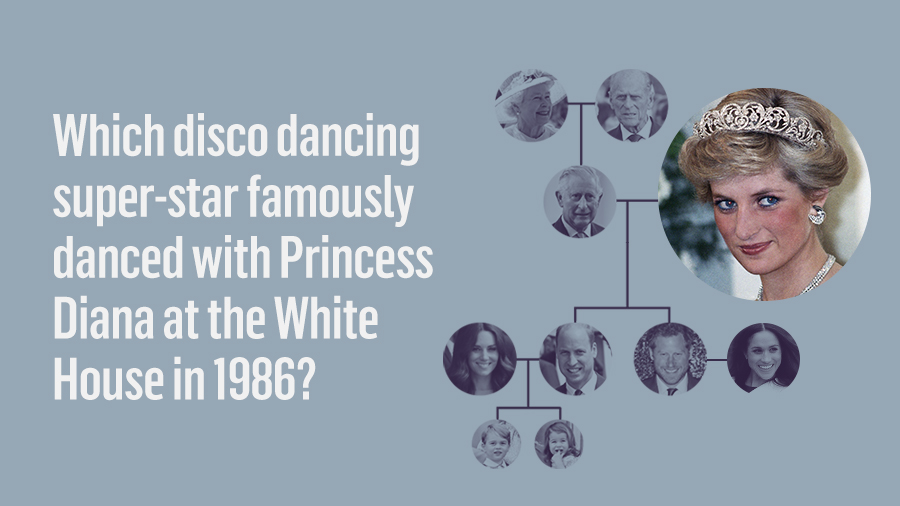 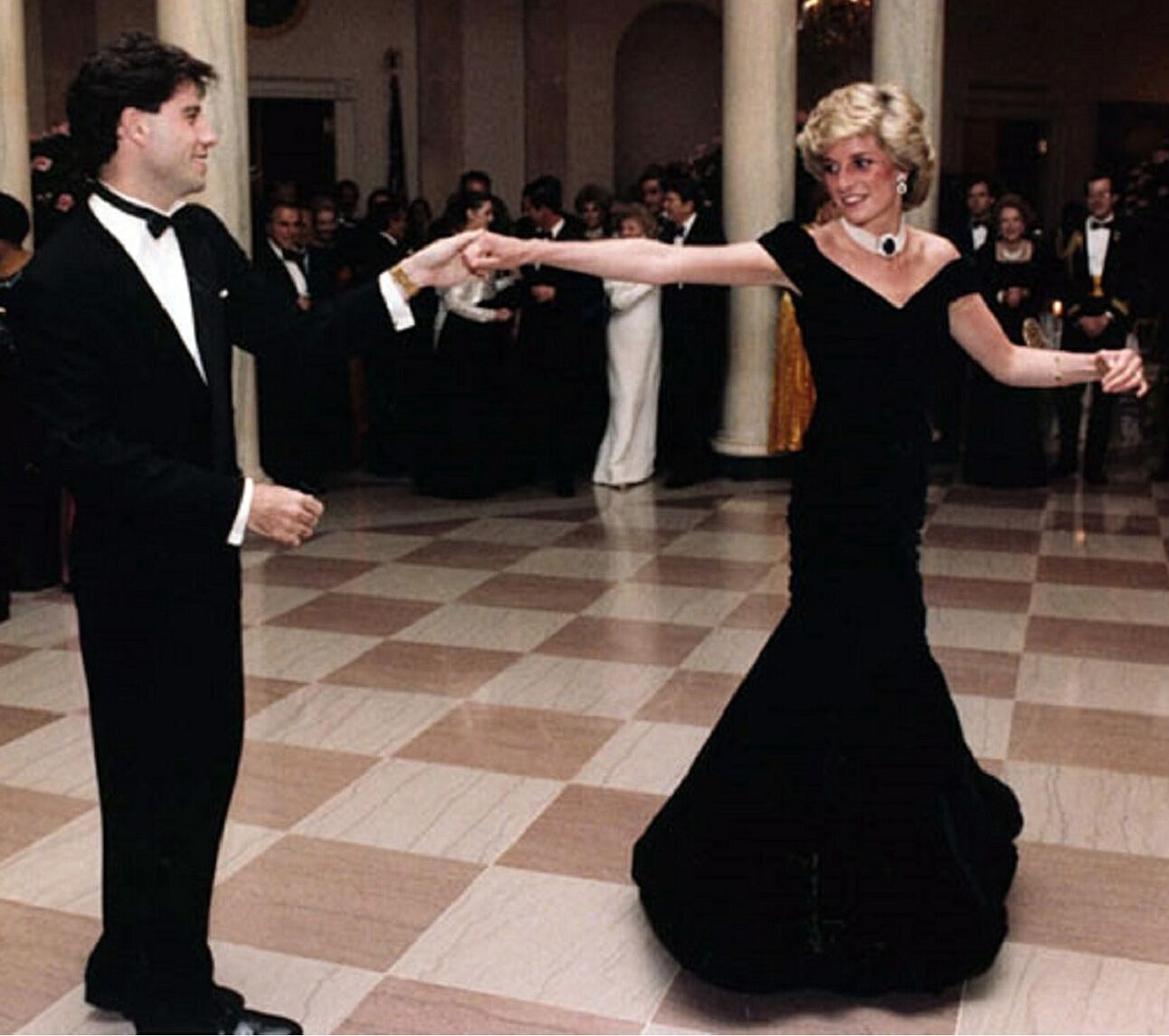 How did Prince William get a scar on the left side of his forehead? 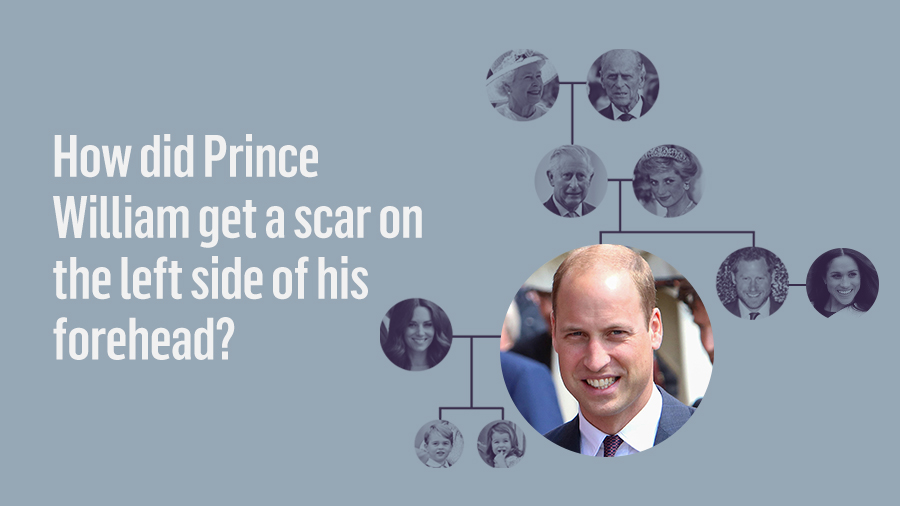 Prince William was accidentally hit in the head by a friend's golf club at the age of 8 and required surgery to repair a skull fracture. He has dubbed the wound his "Harry Potter Scar."

What did Kate Middleton study at the University of St. Andrews? 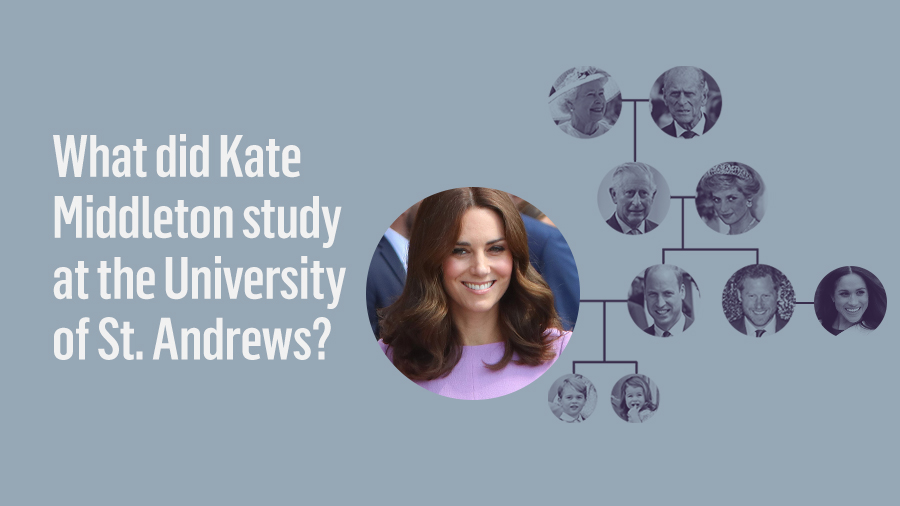 Catherine, Duchess of Cambridge was studying Art History at St. Andrews when she met Prince William in 2001. The two were married on April 29, 2011 (St. Catherine's Day). 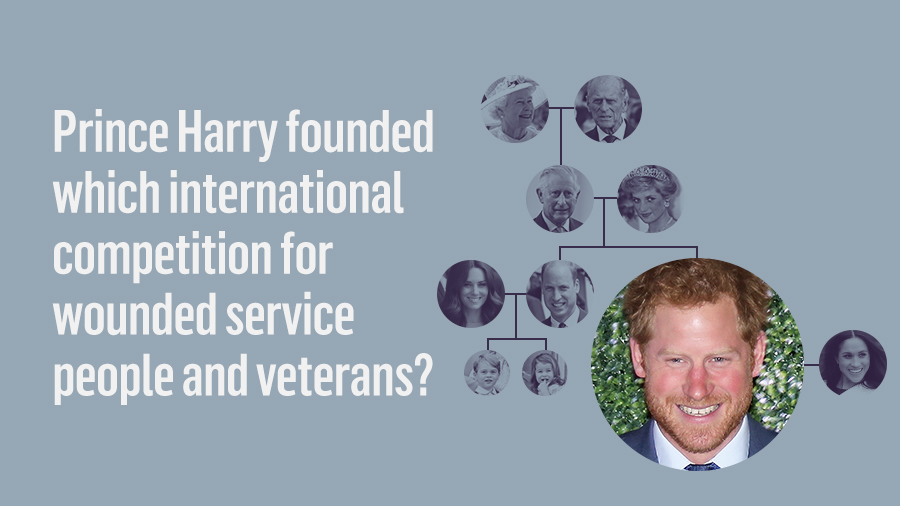 A combat veteran himself, Prince Harry was inspired to create the Invictus Games after attending the 2013 Warrior Games in Colorado Springs.

Meghan Markle has a royal lineage. Which ruler is she a descendant of? 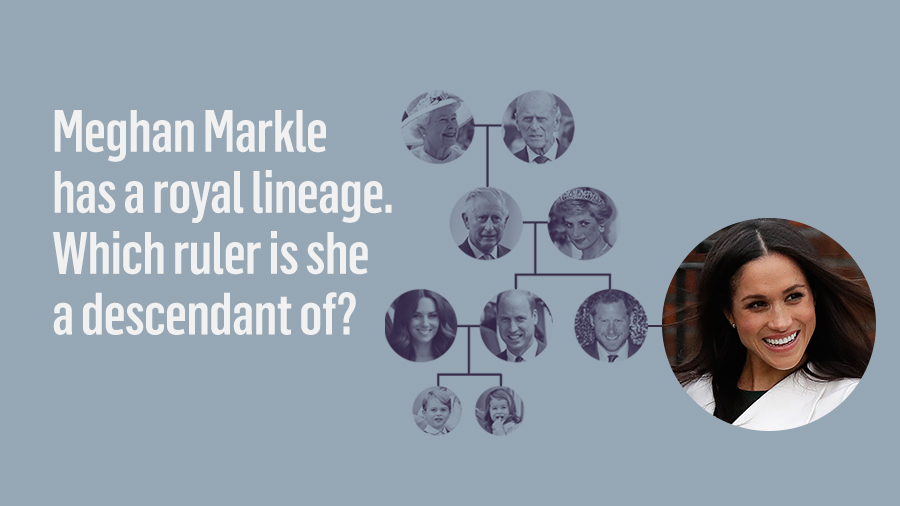 Through this family line, Markle is also distantly related to the third wife of Henry VIII, Jane Seymour.

Family Tree Trivia: The Royals
There are "royal watchers" and then there are super fans. We can guess which category you fall in to. 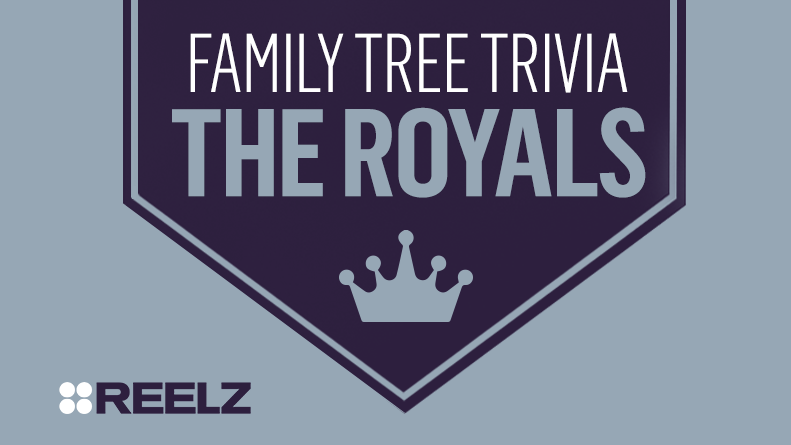