When Scott Peterson was arrested on April 18, 2003 for the murder of his wife Laci Peterson, who was 8 months pregnant with their son Conner, he was supposedly on his way to play golf with his father and brother.  When his vehicle was searched, however, they found everything BUT golf clubs.  Below is a list and evidence photos of the items seized from the car he had purchased under his mother’s name. 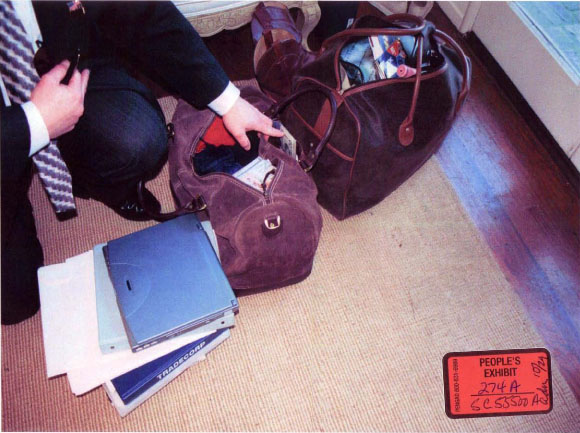 •    Undated bill of sale with an unverified signature of Michael Griffin, the registered owner of the vehicle
•    An application for duplicate title for the vehicle also signed by Michael Griffin
•    Driver’s license for John Edward Peterson, Scott Peterson’s brother
•    Approximately $15,000 in cash, including $14,000 in $100 bills with paper wrapper bands 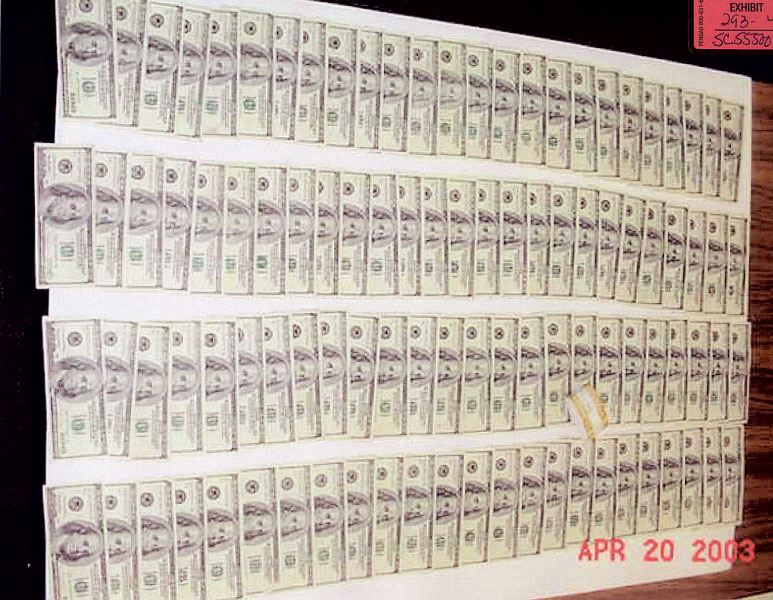 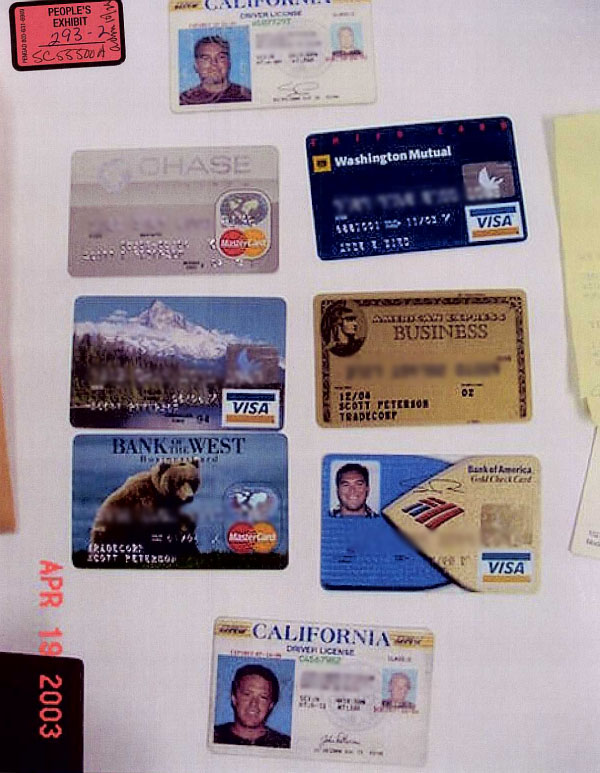 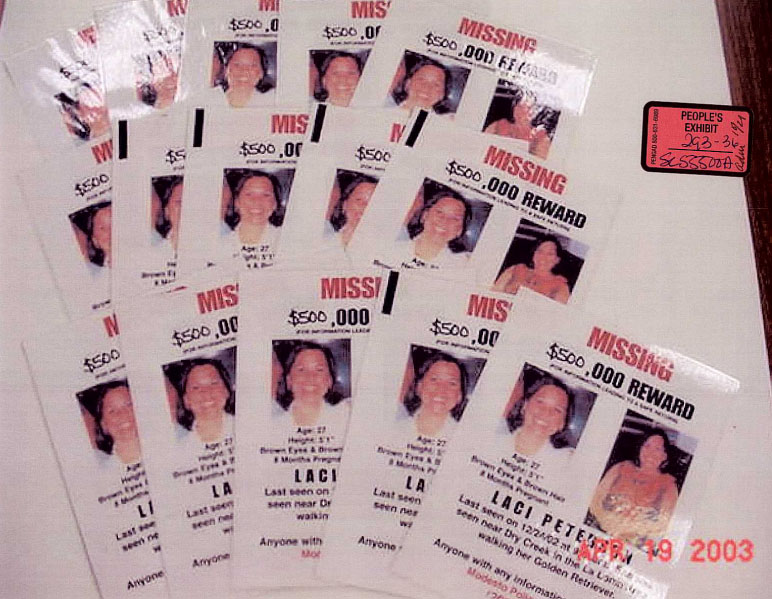 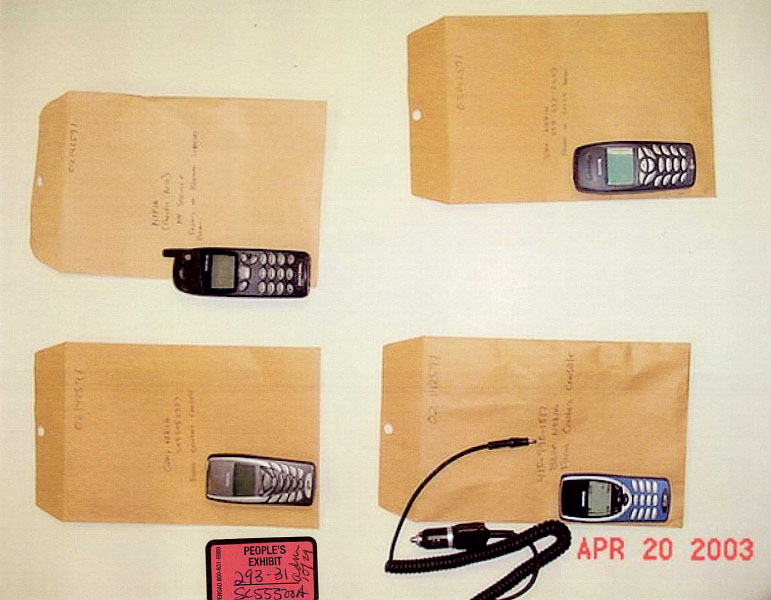 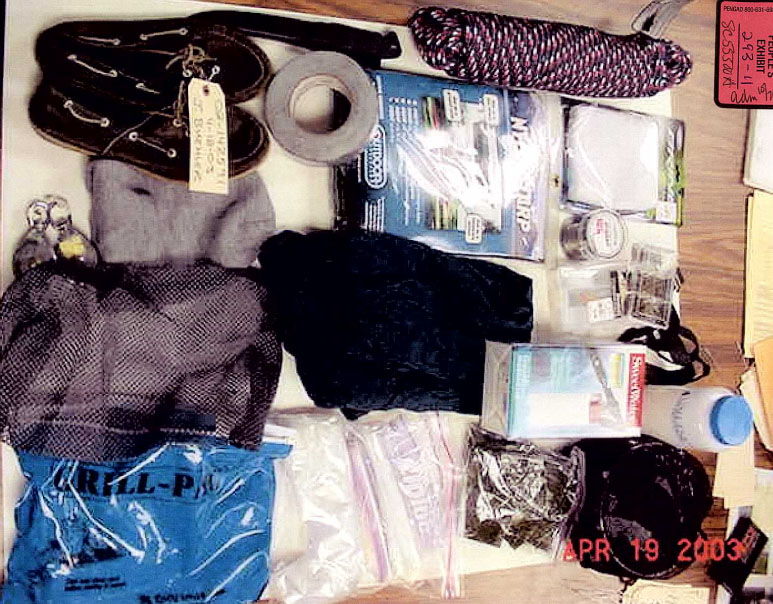 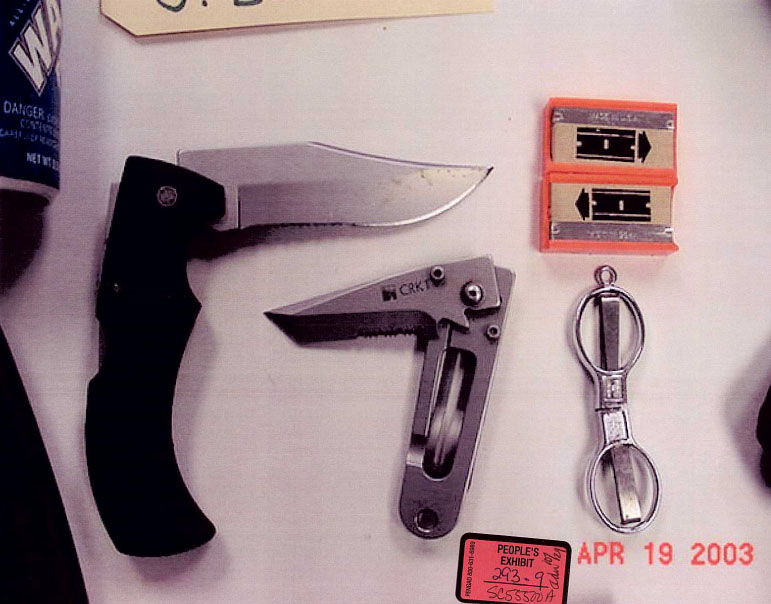 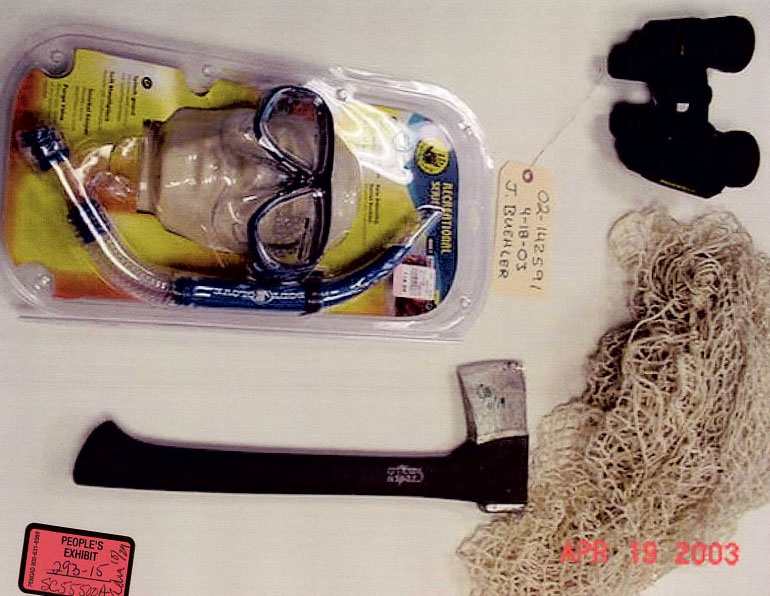 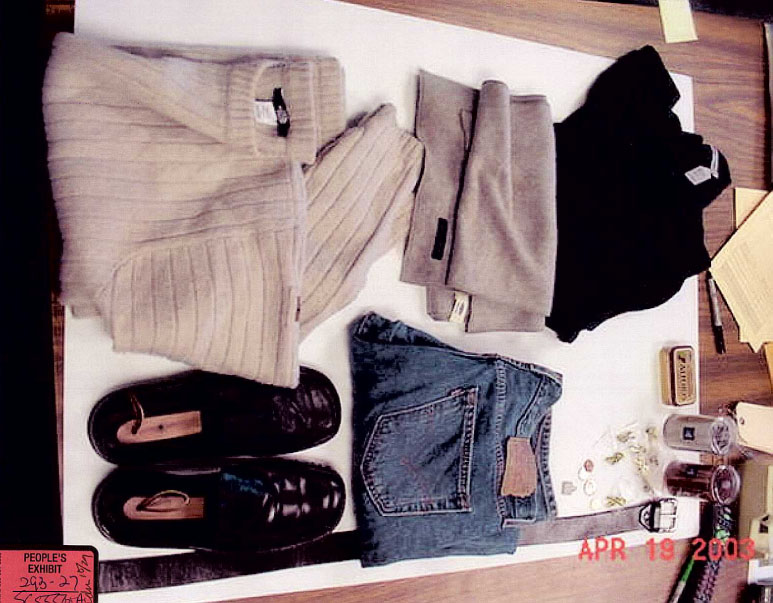